skip to main | skip to sidebar

If Interest rates go up it'll be a disaster

And they can't go down.

This Techcrunch interview with David Goldberg is very interesting.

Wow, the timing of this interview is a bummer.
It will be very interesting to hear what Goldberg has to say now, after the announcement of the "jesusphone"
It "should" be possible to stream Yahoo music to the new iphone (too bad it's on Cingular/Edge)
The big question is whether or not it will be possible to play WMA-DRM'd tracks (anybody know if it is currently possible on a Mac? could Apple block this?) Did Goldberg already get wind of what Apple was up to? Is that what he was coyly alluding to near the end of the podcast?

I suspect that Yahoo arguing against DRM is a red herring.
The subtext of the whole interview is that itunes owns the market and any other player's (including Yahoo) only shot of making it in the space is if the studios drop DRM.

I don't doubt that Goldberg is sincere when he argues that dropping DRM is in the Studios' best interest (ceteris paribus), but even better for the Studios would be if Apple launched a subscription service (perhaps Yahoo is trying to get out in front of that)

My suggestion- One of the big subscription services should just give a bunch of drm ONLY players away and/or charge 1cent per play w/a $15/month cap (not sure if this is yet possible w/current state of DRM). This is also premised on the major assumption that limiting to just one player would overcome many of the technical problems that Yahoo bemoans regarding handling DRM (seems to be working for Apple).

Disclaimer: I tried to get a PM job at Yahoo Launch 2 years ago and was rebuffed (still not over it), but I honestly think Goldberg has been the smartest guy in this space since day one (Jobs was just lucky that his competition is so slow and sucks so bad)
Posted by Krup at 2:19 PM No comments:

This is an excel sheet posted to google spreadsheets
It is my proposed framework for handling equity distributions in startups
I don't know yet if it is consistent w/rules for all corporate structures - LLC, S-Type etc.

I created this to solve a few problems:
Not everybody's hourly input is of equal value
Not everybody works as many hours
People/friends realize that they can't work together, but this shouldn't preclude them from getting something for their efforts so that they can quit w/o getting screwed
"Shares" and "Options" are generally totally misunderstood and wildly over or under appreciated (either is bad) by those who are granted them
Determining who gets what upfront is basically impossible
"Owner/Founder" is kept in check using my suggested rules
Posted by Krup at 2:43 PM 2 comments:

You really need to relax 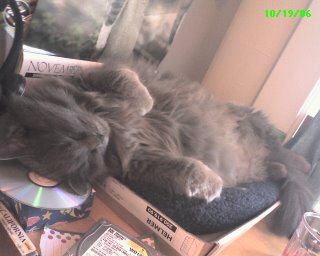 My life is a parody of this parody:

COLUMBUS, OH-Larry Wisniewski, 36, turns to the Internet for information whenever humanly possible.

Thanks Donno
Posted by Krup at 5:41 PM 2 comments:

Thank You baby Jesus!
I have spent hours downloading java and futzing w/kmaps and another gmaps midlet hack.
This makes the 700P a no-brainer.
Posted by Krup at 6:47 PM No comments: